The second beta of iOS 15 enables SharePlay and provides a few UI tweaks across system apps. Here are all the changes in the second developer beta.

With a testing period of just over two weeks, many changes were incorporated — both big and small.

The most notable addition is SharePlay. SharePlay was introduced during the WWDC keynote, but not present in the first beta. Users can test SharePlay by jumping onto a FaceTime call and sharing their screen or watching a video together. Developers are able to integrate SharePlay deeper into their apps and we’ll see much more of this as we approach the release of iOS 15.

Another feature shown on-stage at WWDC but not in the initial beta was invoking Quick Note with just a finger. In iPadOS 15, Quick Note can be opened with Apple Pencil — or now your finger — just by swiping up from the lower-right corner. 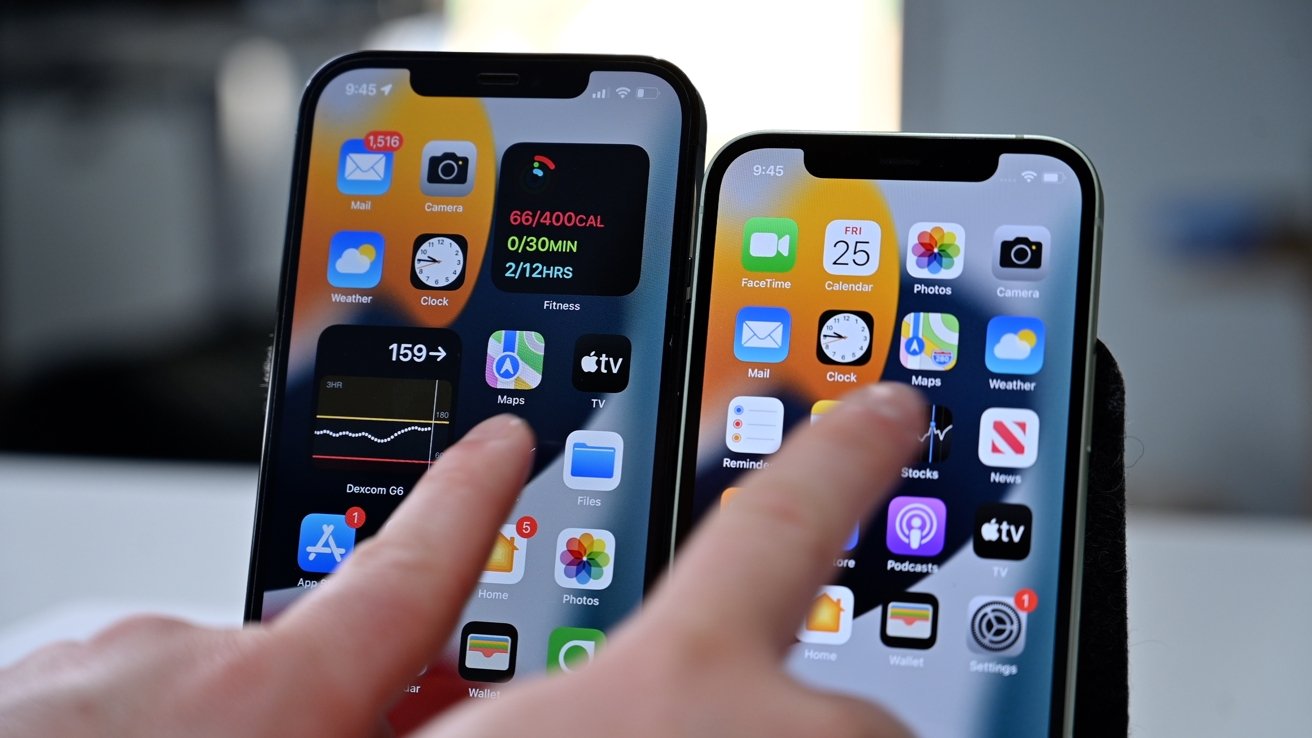 Apple altered the appearance of two system icons — Maps and Books. The Apple Maps icon reduces the size of Apple Park and changes the colors of some elements. We saw this in Apple’s promo content so it was a matter of time before it arrived in the betas for iPhone and iPad. 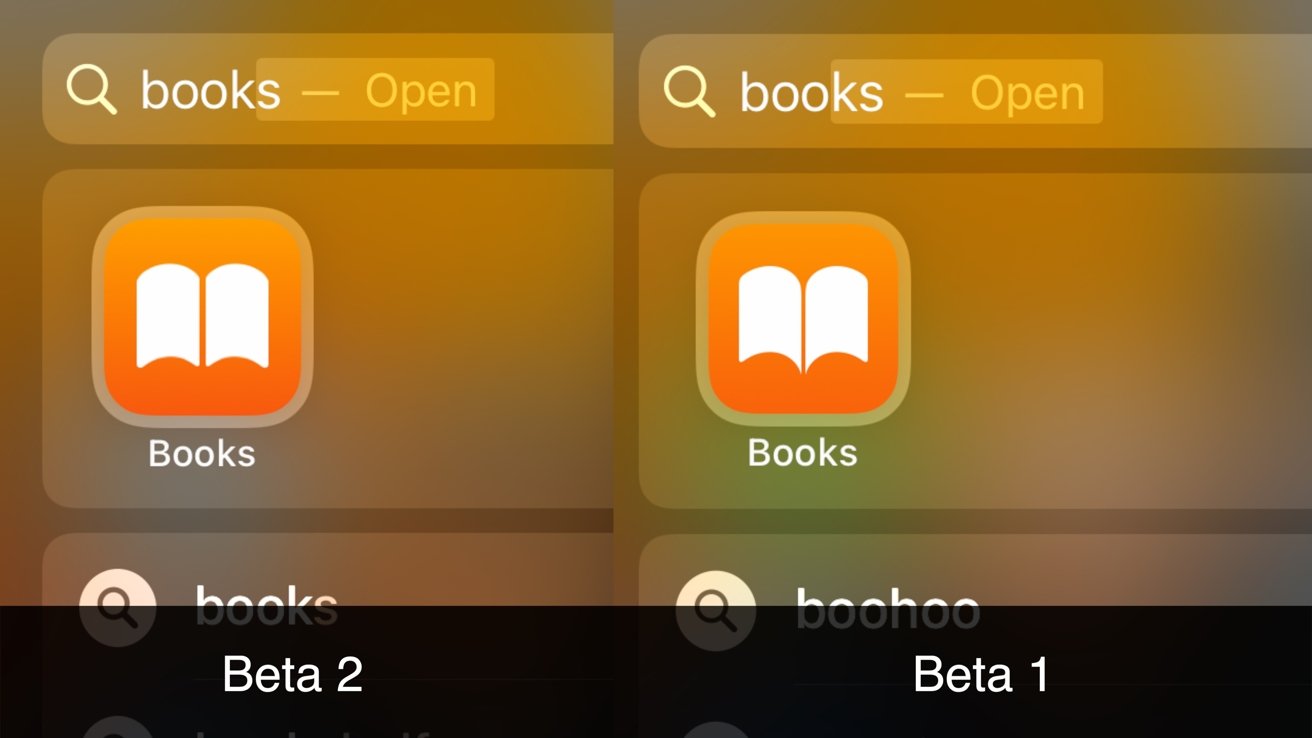 Books in the app now have less of an arc on the pages, and more rounded corners. 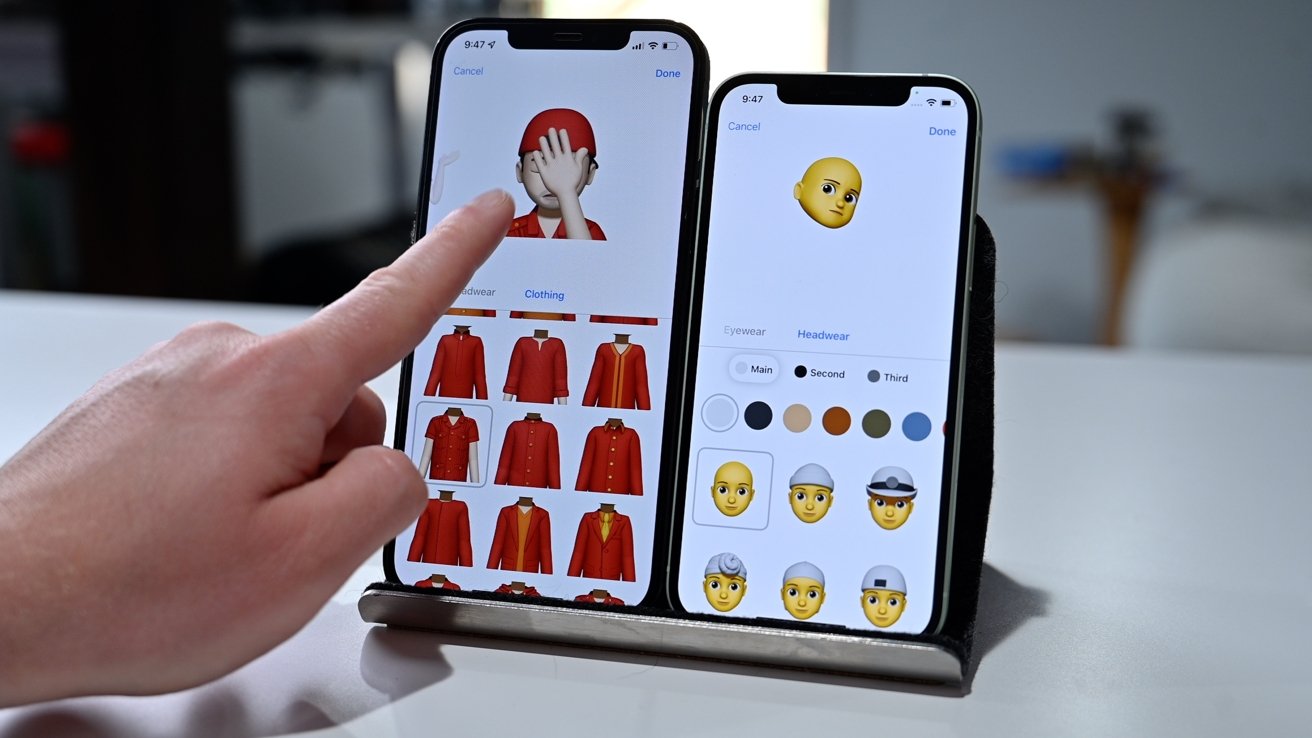 Users can now choose which clothes a Memoji wears when sharing stickers. Different styles of shirts, dresses, and robes are available with multiple color options.

Apple made some changes to the Weather app too. There is a splash screen when launching the app for the first time, and users can report issues or manage notifications from the bottom of the app. 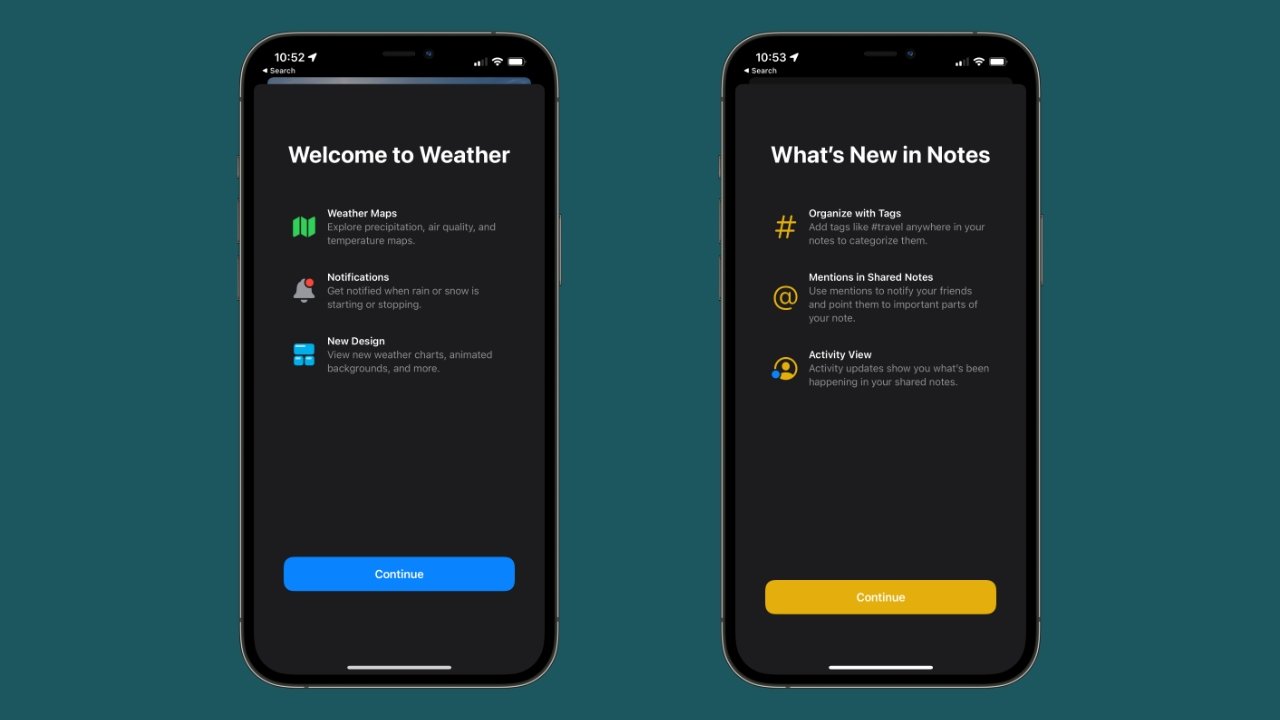 Other changes include a new Notes splash screen, new Private Relay text in the selection menu, and changes to iCloud settings organization. 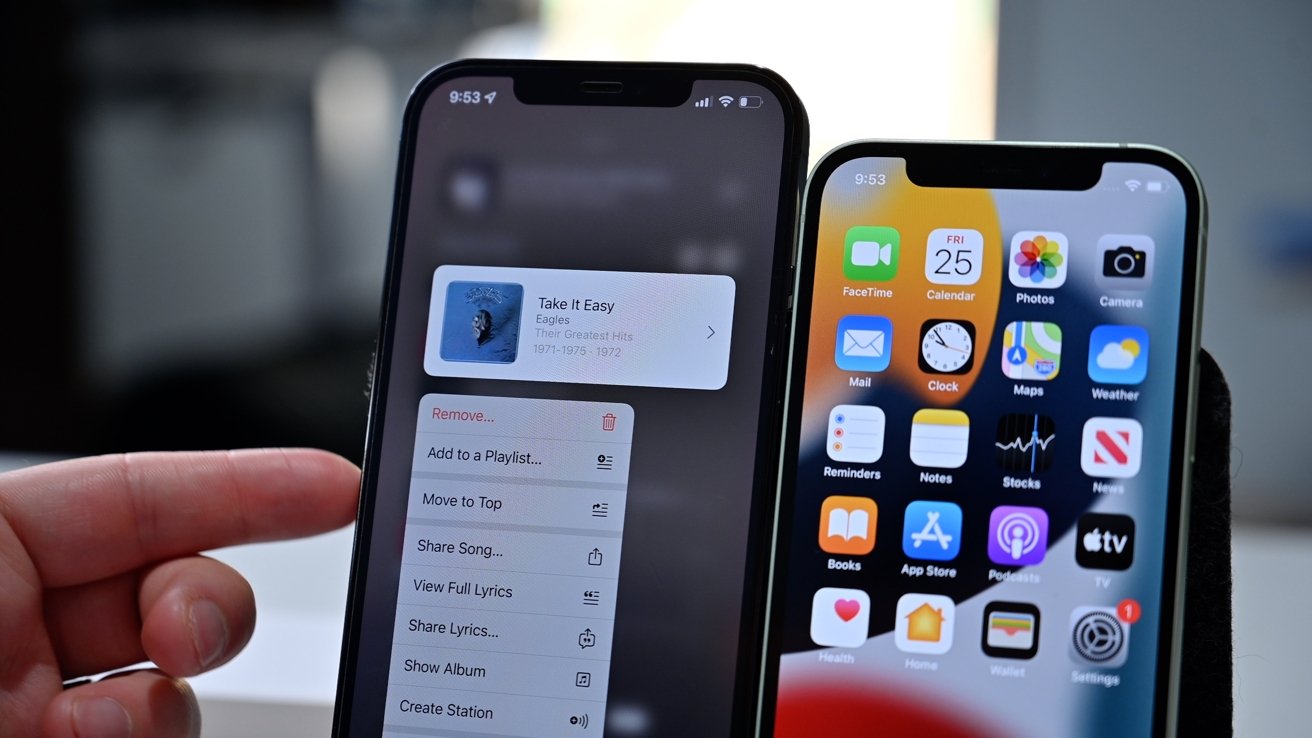 Move to Top of Music queue

In Music, when users long hold on a track, it presents the contextual menu with a new option to Move to the Top. 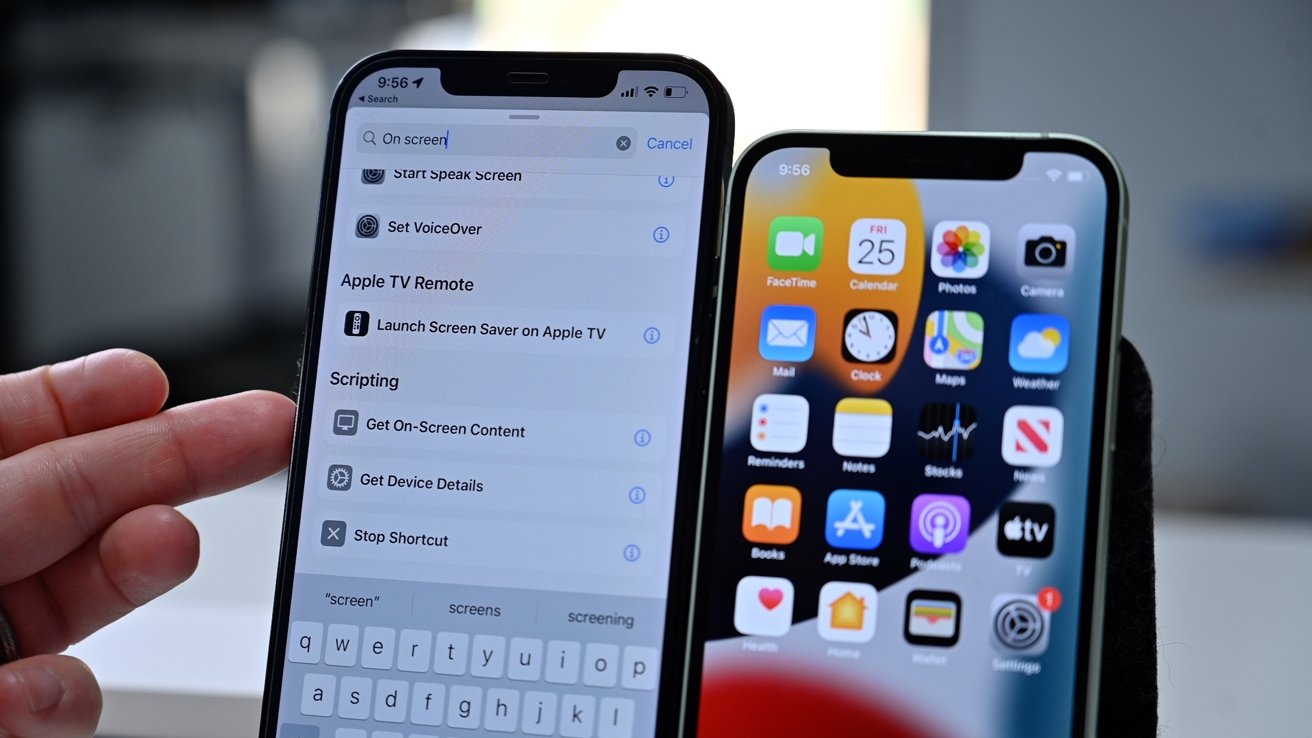 There is also a new Shortcuts action that can use what’s on screen as an input. This could prove very useful for users. As an example, if you were creating a custom sharing shortcut, you’d previously have to invoke this via the Share Sheet where it would pass a website’s URL. This new Shortcut action however is able to automatically detect what is on-screen. Then if you run the shortcut via Siri or Spotlight, it will automatically detect the website you’re at and pass it to the next action.

In Maps, Apple has changed the verbiage of “accident” to “crash” when reporting an incident en route. 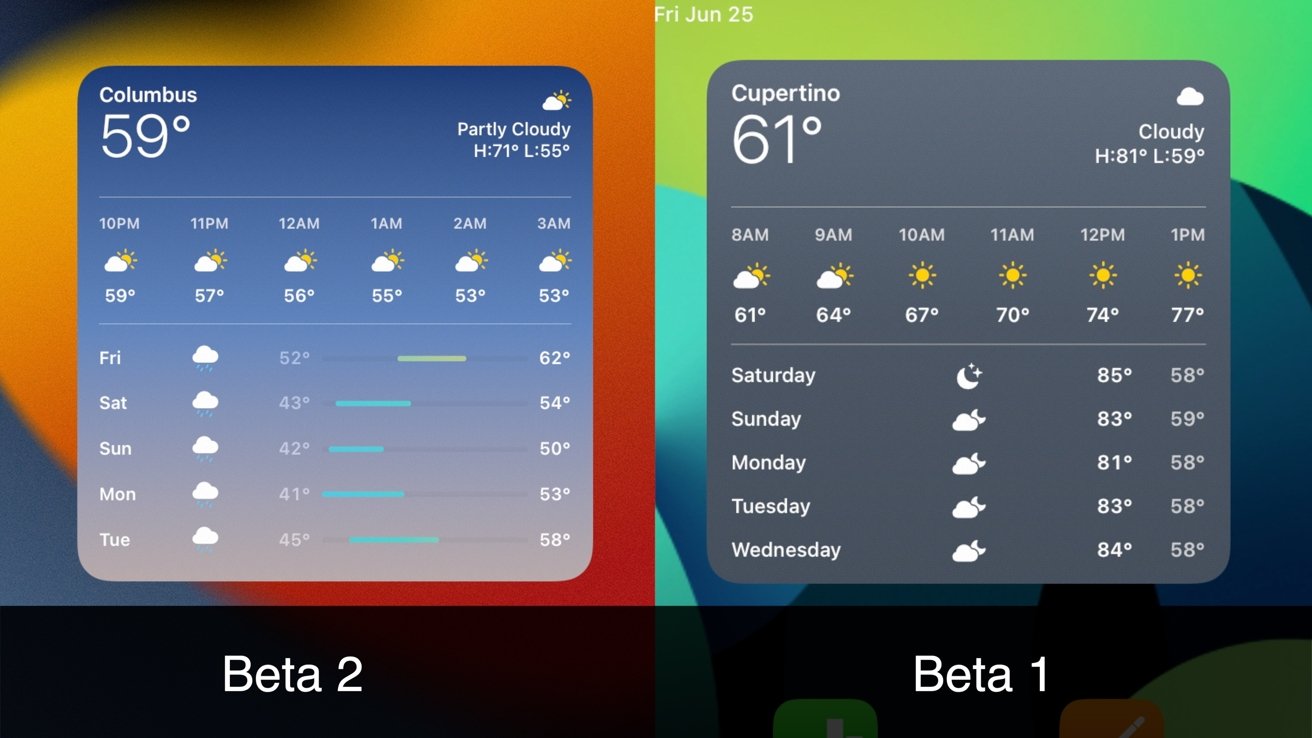 The Weather widget was updated in beta 2 with new visual indicators of each day’s temperature ranges. 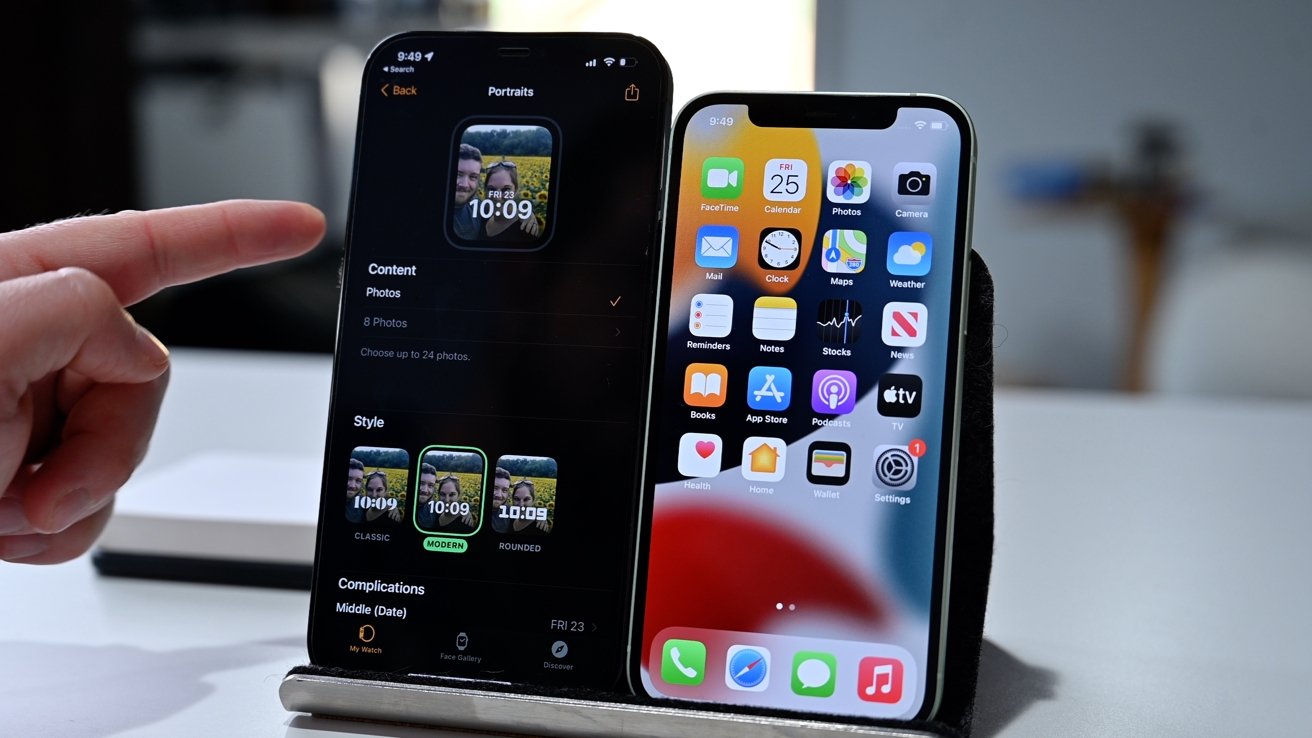 We saw the new Portraits face come to Apple Watch with the second beta of watchOS 8, but it requires users to configure the face on the Watch app on iPhone. By going to the Watch app users can select the face, choose up to 24 portrait photos, and set the two complications. 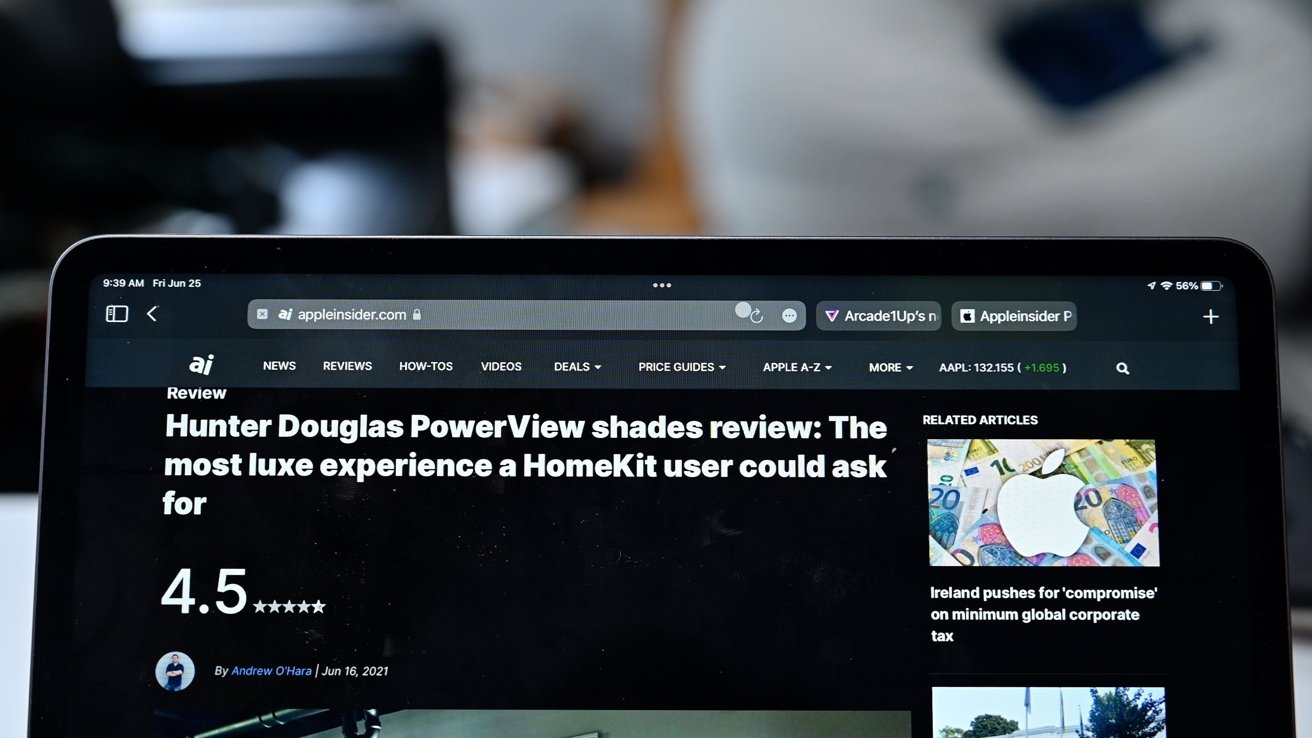 In Safari, the reload icon is back

Apple tweaked some UI elements across the system on iPad, as well, like changing Safari’s sidebar to dark grey from black. There is a new option too when you long hold the URL to move your tab to a Tab Group. We also saw the return of the reload button in Safari. If using a mouse or trackpad, when hovering over the URL bar the reload glyph will appear.

In Messages, the active chat is now highlighted in blue on the sidebar to make it more clear which conversation you’re currently in. This works for both pinned conversations as well as the list view. When presenting multiple windows, iPadOS can now use the camera. App Library also got new categories for Information & Reading as well as Health & Fitness.

After a factory reset, when setting up the device new from iOS 15, an option to set up with a beta install is available. This bypasses the previous method of having to perform a beta install before resetting the device again.

As always, this is a non-exhaustive list of the changes we’ve spotted so far. See any features not on our list? Let us know on Twitter @Andrew_OSU and we’ll add them.

Keep up with everything Apple in the weekly AppleInsider Podcast — and get a fast news update from AppleInsider Daily. Just say, “Hey, Siri,” to your HomePod mini and ask for these podcasts, and our latest HomeKit Insider episode too.

If you want an ad-free main AppleInsider Podcast experience, you can support the AppleInsider podcast by subscribing for $5 per month through Apple’s Podcasts app, or via Patreon if you prefer any other podcast player.