RedmiBook Pro 14 runs on Windows 10 Home, along with Xiaomi’s proprietary XiaoAi AI assistant and MIUI+ software for multitasking and file sharing between the laptop and a Xiaomi phone. The laptop features a 14-inch display with a 2.5K (2,560×1,600 pixels) display and 88.2 percent screen-to-body ratio. It also includes 300 nits of brightness and supports DC dimming. Under the hood, RedmiBook Pro 14 has up to 11th-generation Intel Core i7-1165G7 processor, coupled with up to Nvidia GeForce MX450 (2GB GDDR5) graphics and up to 16GB of DDR4 dual-channel RAM. There is also 512GB of PCIe SSD storage as standard.

Xiaomi has provided a full-size three colours backlit keyboard with a key travel of 1.3mm. The laptop also includes a trackpad as well as a power button with an integrated fingerprint sensor.

In terms of connectivity, RedmiBook Pro 14 has Wi-Fi 6 and Bluetooth 5.1 as well as a USB Type-C, Thunderbolt 4, USB 2.0, USB 3.2 Gen 1, HDMI, and a 3.5mm headphone/ microphone combo jack. The laptop also includes dual stereo speakers along with DTS Audio.

RedmiBook Pro 14 packs a 56Whr battery that is claimed to deliver up to 12 hours of backup on a single charge. The laptop also comes bundled with a 65W USB Type-C power adapter that brings fast charging. RedmiBook Pro 14 measures 315.6×220.4×17.25mm and weighs 1.46 kilograms.

Just like RedmiBook Pro 14, RedmiBook Pro 15 has a full-size three colour backlit keyboard. The keyboard, however, has 1.5mm of key travel. It is paired with a trackpad and a fingerprint sensor-integrated power button.

RedmiBook Pro 15 includes Wi-Fi 6, Bluetooth 5.1, USB Type-C, Thunderbolt 4, USB 2.0, USB 3.2 Gen 1, HDMI, and a 3.5mm audio jack. There are also dual stereo speakers along with DTS Audio. The laptop packs a 70Whr battery that is rated to deliver 12 hours of backup on a single charge. It is bundled with a 100W USB Type-C power adapter.

Redmi AirDots 3 come as the successor to last year’s Redmi AirDots 2. The earbuds feature a QCC3040 chipset and are available with Bluetooth 5.2 connectivity that comes along with aptX Adaptive codec. There is an inbuilt battery on the earbuds that delivers up to seven hours of music playback time. The earbuds also come with the charging case that has a 600mAh battery to deliver a total of up to 30 hours of usage. 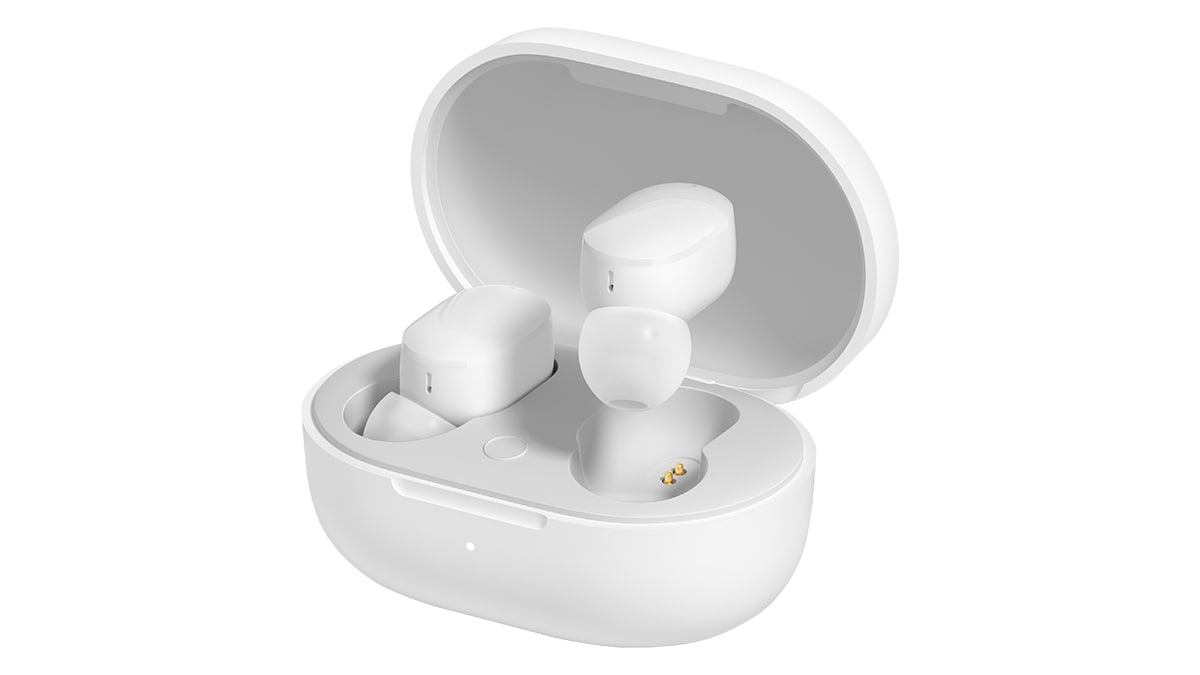 Xiaomi has integrated XiaoAi AI voice assistant into the Redmi AirDots 3 earbuds. There are also multi-functional touch controls. The earbuds come with the ability to offer instant viewing for connection and battery status when paired with a MIUI-based smartphone.

What will be the most exciting tech launch of 2021? We discussed this on Orbital, our weekly technology podcast, which you can subscribe to via Apple Podcasts, Google Podcasts, or RSS, download the episode, or just hit the play button below.

Previous Rumor Has It an iPhone 13 With 1TB Storage Is Coming
Next Which Is the Best 4K Smart TV Under Rs. 30,000 in India Right Now?

Cyberpunk 2077 has received another patch over a month after the previous update to address ...