Imaging giant Fujifilm India on Thursday announced the launch of its latest Instax Share Smartphone Printer SP-2, the Instax Square SQ6 Taylor Swift Edition camera, and the Instax Square Taylor Swift Edition camera film in the country. The latest instant smartphone printer can print credit-card sized photos within a matter of 10 seconds. Apart from that, Fujifilm has also tied up with Taylor Swift to create custom instant cameras and proprietary camera film with the singer’s autograph to cater to her fanbase in the Indian market. Both the printer and camera will be available across Fujifilm’s offline and online retailers in India.

The Instax Share Smartphone Printer SP-2 offers a resulting image size of 62x46mm and has a printing resolution of 320dpi. Printing levels are set at 256 per colour, and the portable printer’s recording method involves 3-colour exposure with OLED. Apart from that, it supports only the 2.4GHz Wi-Fi band and has a 10-second buffer between image input and output. Printing capacity is set at 100 prints. Dimensions of the Instax Share smartphone printer SP-2 are 89.5×131.8x40mm and weight is 250 grams without battery and film pack.

The Instax Share mobile app can be used to apply filters and templates making the final print even better than the original photo. The app can also be used to adjust brightness, contrast, and saturation of the image. With the “Collage template” feature, two to four images can be combined into one and with the “Split template” feature, one image can be split into two.

The smartphone printer is available in India at a price of Rs. 13,499 in Gold and Silver colour options.

Fujifilm Instax Square SQ6 Taylor Swift Edition camera and film details
This instant camera is a limited edition variant of the Fujifilm Instax Square SQ6 launched in India in June this year. The camera features a gold-coloured newspaper pattern on a black base, and has a metallic ring around the lens. A reproduction of Taylor Swift’s autograph is printed on the back of the body. 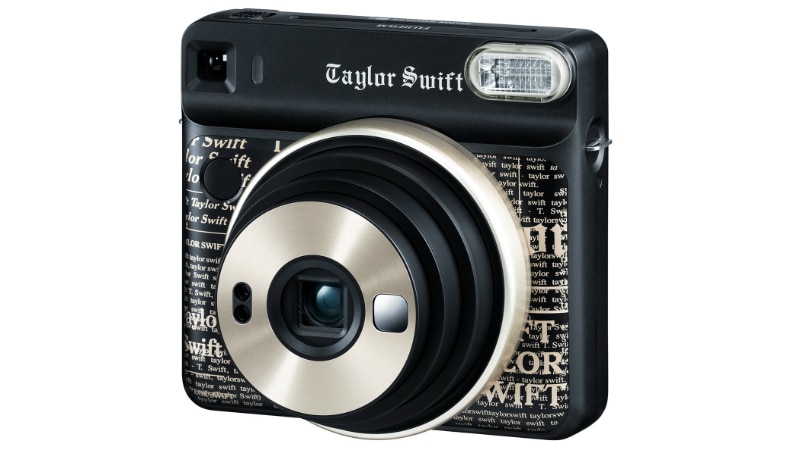 It offers five shooting modes – Auto, Selfie, Macro, Landscape, and Double Exposure. The Double Exposure mode allows the camera to overlap two shots in a single piece of film when the shutter button is press twice. The Macro mode can take photos from as close as 30cm away. And, the landscape mode has been designed for taking long-range photos. Dimensions of the camera are 118.7×128.1×58.1mm and its weight is about 393 grams without battery, strap, and film pack. Bundled in the pack is a Taylor Swift edition shoulder strap.

The company has also launched its Taylor Swift Edition Instax film which features a print of Taylor Swift’s autograph on a black-coloured frame. The camera is priced at Rs. 14,499, while the pack of 10 films gets a price tag of Rs. 899 in the Indian market.

GoPro is sticking to an annual refresh cycle for its entire lineup, and right on ...